These strategies have been developed over the past twenty-two years from personal experience and observation of which methods have been fruitful or unfruitful. Some things were learned from the mistakes of other missionaries. A few books, such as The Celtic Way of Evangelism by George G. Hunter III have affirmed that our method of fellowship evangelism has already been proven effective and needs to be further developed and expanded.

Four Point Strategy for Planting City Churches in Mexico. Our vision is to plant multiple churches. 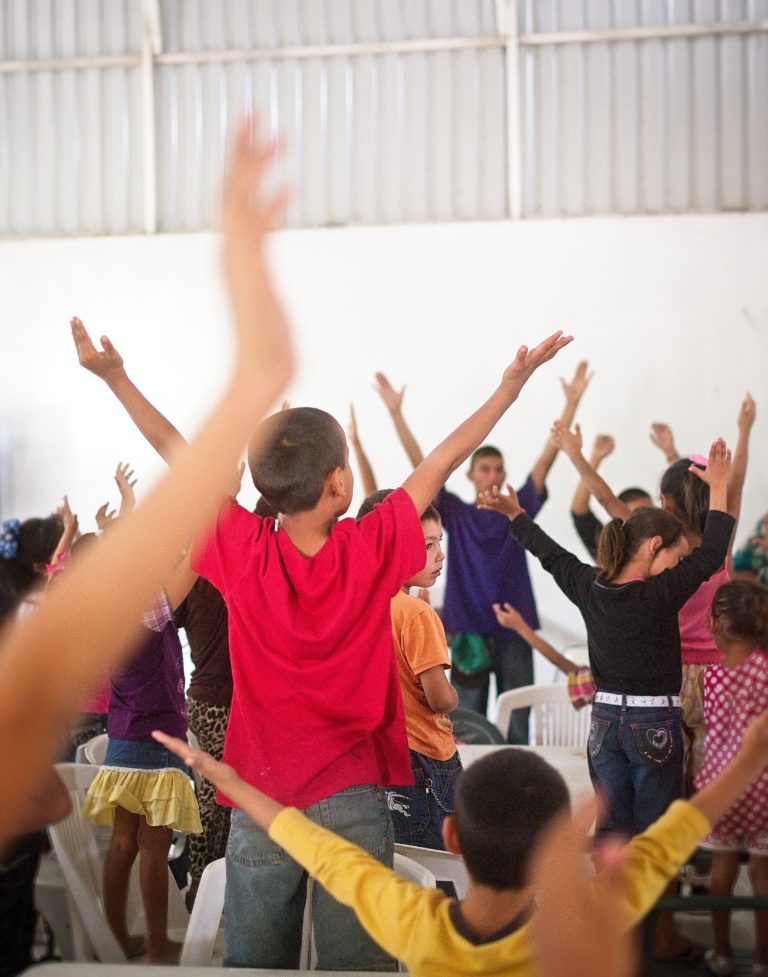 It is best to start the first church where the middle class and professionals can be reached, as well as the working class. If you start in an area where you only reach the poor, it makes it very difficult to raise up a self-supporting church in a short time.

By starting in an area where the middle class and professionals are reached, it makes it easier and faster to establish a self-supporting church. It also gives you a bigger pool for recruiting leaders and pastors. It can also provide the people that will be needed, such as doctors and dentists, when the church begins to minister to the poor. This church becomes the central church (mother church).

After the central church is established, we then begin to look for colonias to plant churches in. What is a colonia? Mexican cities are divided up into districts called colonias. We usually try to start a cell group in the target colonia. When there is a group fifteen to twenty adults from one colonia attending the central church, it’s a good time to plan a new plant. Sometimes, the central church will supply musicians or worship leaders to help the new plant get off the ground.

With growing cities, new colonias are always being developed. The government sponsors some colonias while others are private sector projects. Getting into a new colonia has many advantages. One advantage is that the lots are usually inexpensive and often you can get more than one lot, which positions you for future expansion and growth. The typical colonia church in Mexico has one small lot measuring about thirty by sixty feet. Once attendance reaches forty to fifty, the church is maxed out. By then, there are usually houses on each side of the church, making expansion very difficult. That’s why we usually purchase more than one lot when we first begin working in a colonia.

Once land is purchased (generally, several lots) we like to start activities on our property right away. We begin with such things as children’s Bible classes or a feeding program. This helps establish us as part of the colonia. This strategy requires vision because it can take two to four years for the colonia to fill up with houses and families. It’s important to begin as soon as the colonia has a few inhabitants. That way, we are already a part of the community before most of the new families arrive. That changes the social dynamic. It is always more difficult to start in a colonia after it has been established for years because you are the outsider trying to get accepted into the community. However, if we are in the colonia before eighty percent of the people arrive, the social dynamic is different. We are no longer considered the “new guy” and are more readily accepted by new people moving in.

This should already be happening to some degree. It’s a matter of expanding this concept more. The basic things are a children’s feeding program, a Bible class, and a small clinic. Some other possibilities are a women’s sewing club, hygiene classes, summer activities for children, music classes, aerobics, haircutting, computer classes, etc.